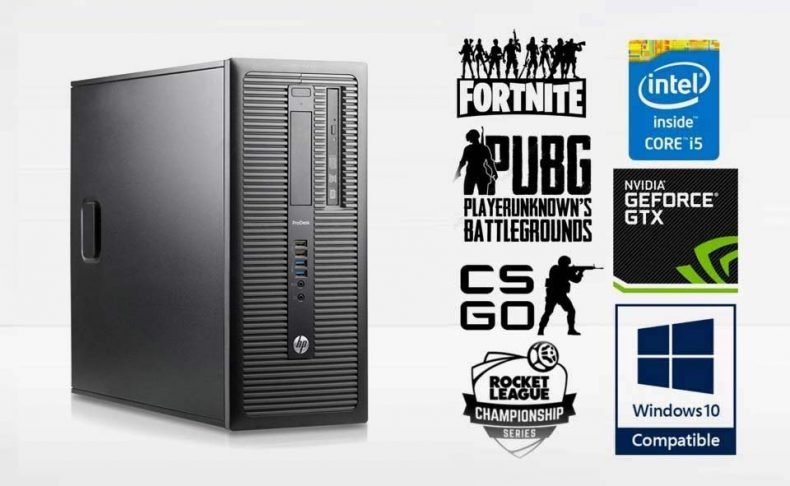 HP ProDesk 600 G1 and G2 are one of the best pre-built OEMs you can upgrade and make a  budget gaming PC.

When properly assembled, they have power to run games like PUBG, DOTA 2, CS:GO and Fortnite with steady 60+ FPS at 1080p resolution. 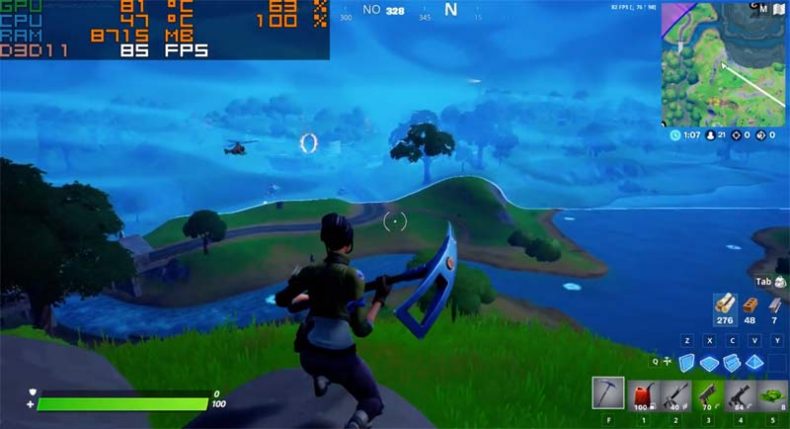 Similar to EliteDesk 800 G1 and G2, you can upgrade the tower and the small form factor models.

The difference isn’t huge, however, 600 G2 makes a better gaming rig. It’s built on a more recent Intel platform (6th gen) and runs DDR4 memory; this is enough to gain a slight advantage over its predecessor. 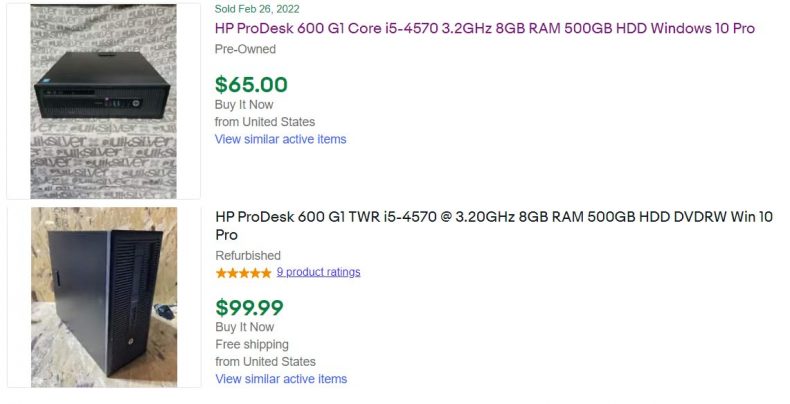 Usually, to make a fully capable gaming PC from HP ProDesk 600 G1 and G2 you have to upgrade the graphics card and the memory. These two things alone will make the most difference when playing games.

Of course you can upgrade other parts and squeeze even more FPS. This includes the PSU, to accommodate a powerful graphics card, and the CPU, if your system comes with a relatively weak CPU like the Core i3.

Read more: To gain better knowledge about these two systems, check out the hardware difference between the ProDesk 600 G1 and 600 G2 in their tower version.

OK, let’s see some hardware suggestions for the ProDesk 600 G1 and G2 upgrade.

The GPU is probably one of the most important elements of our gaming upgrade. It will boost the graphic performance of your ProDesk 600 G1 and G2 and make those esports titles playable. 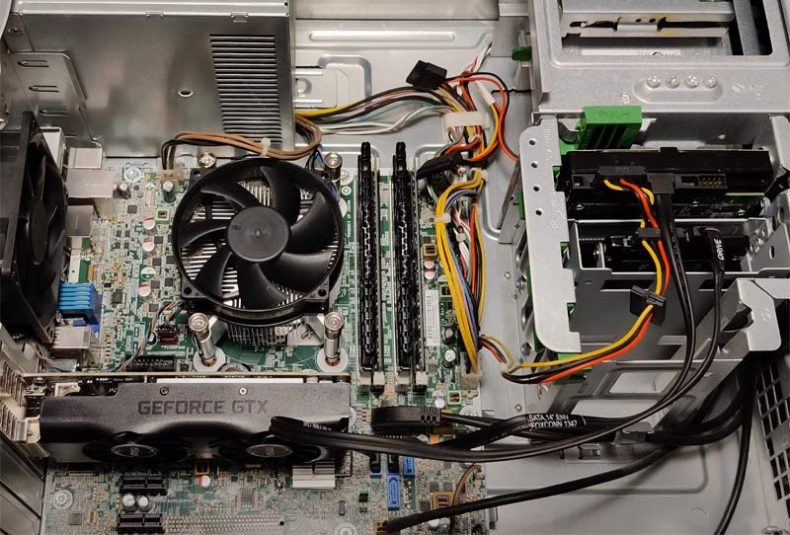 OEM PCs like ones from the ProDesk family essentially use three types for GPU upgrades:

Let’s begin with two GPUs that will deliver 60+ FPS at 1080p with a lot of  games. They have a good price to performance ratio and require no power supply or cable extensions.

The best dedicated GPUs for ProDesk 600 G1 and G2:

The table below lists our GPU suggestion for HP ProDesk 600 G1 and G2 tower upgrade.

Couple of things you need to know when doing a GPU upgrade.

All GPUs in our list are short version models – around 6.6 inches (170mm) or less. If you get a full length video card (especially with backplate), there’s a chance that the card will block the front usb connector and some SATA ports.

To solve these issues you can use flexible USB3 extension cable and a right angled SATA cable. 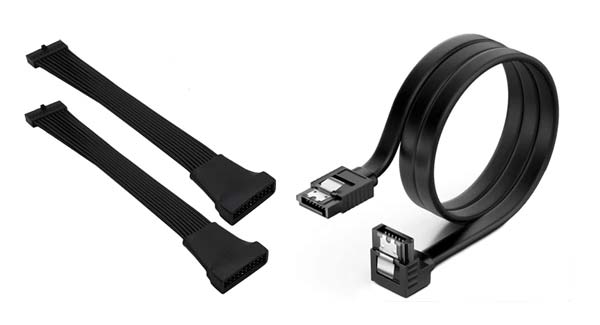 If your GPU draws 75W or less you don’t need additional power from the PSU. In fact, if you have a GPU that’s between 75W and 120W you’ll be fine using the stock PSU (280W for G2 Minitower).

Cards between 75W and 120W need a SATA to 8 or 6 pin power connector to draw power from the GPU.

If you have a video card that draws more than 120W you have to change the PSU. With any of these changes your pool of possible GPUs becomes bigger.

ProDesk 600 G1 Minitower is using a 320W power supply and the G2 280W. These PSUs have a 6-pin proprietary motherboard connector  which is not compatible with any standard power supply.

However, the minitower case has standard ATX mounting points. This makes it easier to install an aftermarket ATX model to fit a beefier GPU. All you need is a single 24 to 6-pin adapter cable.

What about  upgrading the SFF PSU?

The 600 G1 comes with 240W power supply while the G2 is a bit underpowered with 200W. These PSUs have a proprietary form factor and changing them is a hassle. It is better to use the stock power supply and pair it with a low profile GPU with a proper power rating.

ProDesk 600 G1 and G2 support a wide range of CPUs. However, we are focusing on models that will provide a good gaming experience with high FPS count.

For the best price to performance ratio on G1 use Core i5 4690. This model makes the most sense when building a gaming machine from this ProDesk model.

However, if you find a bargain for either i7 4770 or i7 4790, go for it. They will boost the performance slightly and enable better video cards.

The best processor upgrade for ProDesk 600 G2 is Intel Core i7 6700. This is a fast and reliable CPU that will be great even with most modern games. There will be no major bottlenecks even with recent games.

Yes, there will be some FPS inconsistencies in some titles, but using a 1440p or 4K display will alleviate the bottleneck since there will be more load on the GPU.

Upgrading the RAM of the ProDesk 600 G1 and G2 is easy and does not require any additional  tinkering.

The officially certified model is the Crucial certified kit, but you can install RAM from other  vendors. The important bit is to use a 1600 MHz CL-11 memory as suggested by the manufacturer.

For the ProDesk 600 G1/G2 storage upgrade use a 256 GB SSD for the OS and 2TB HDD as your media and games drive. You can also use a 1TB SSD as a storage drive if you happen to find one cheap.

Can I use PCIe to NVMe M.2 adapter for booting Windows?

No, you can’t boot  OS for a PCIe to NVMe M.2 adapter on ProDesk 600 G1. One thing you can do though is use the M.2 add-in-card with NVMe/SATA drive for storage and reduce the cables inside the case.