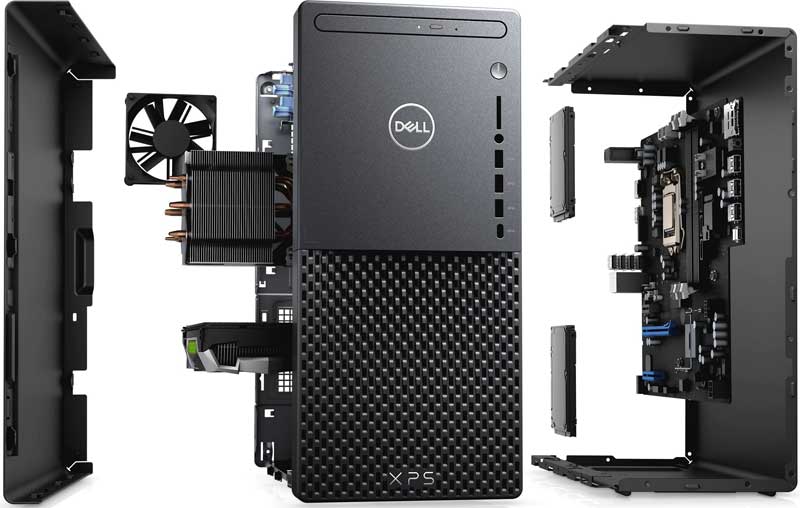 Yes Dell XPS 8940 works great as a mid tier gaming PC. When paired with dual channel DDR4 memory, a proper CPU cooler, and RTX 3060 or RTX 3070 video card, this system will provide a good gaming experience. With this setup you’ll have no problem playing demanding AAA games with high FPS and maxed out settings.

Usually XPS 8940 comes with 10th or 11th gen Intel Core i5 or Core i7 processors. Any of these models are perfectly fine for gaming. While processors like i7-10700K and i9-10900K are great for maxing out the gaming performance, variants like Core i5-10400 or 11400 will give you good performance for less money.

XPS 8940 paired with an RTX 3060 Ti GPU is going to deliver an excellent gaming performance. This system will handle games at 1440p resolution easelly, and can deliver a 4K 60 FPS gaming experience with a lot of titles.

XPS 8940 comes assembled with a wide range of video cards, from GTX 1650 Super to RTX 3070. Buying a pre-built PC like this one is the easiest way to get your hands on a decently priced RTX video GPU.

Does XPS 8940 have enough memory for gaming?

When you buy or customize your XPS 8940 pay extra attention to the memory configuration. Configure your system with two separate sticks of RAM. Using a single stick of memory will deliver subpar gaming performance.

The XPS 8940 model on the right is configured with 2 x 8 GB memory sticks and the one on the left with only one.

Dell XPS 8940 has four RAM slots and supports dual channel memory configuration. This is sufficient for almost any use case and especially in situations where the workload calls for more RAM.

Does XPS 8940 have fast storage for gaming?

Does XPS 8940 have adequate cooling for gaming?

The XPS 8940 stock cooler shipped with a non-K processor is very bad. It may throttle your system even  with a less powerful processor like i5-10400. Our suggestion is to immediately upgrade the stock cooling with something better. You’ll see significant improvements in thermals and clock speed. 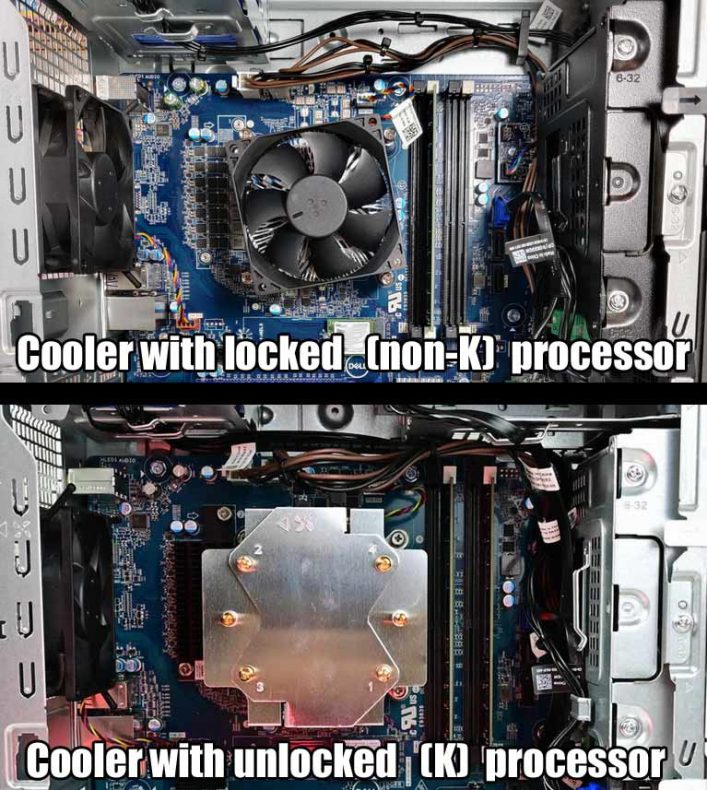 The difference between coolers when XPS 8940 is configured with locked and unlocked processor. The top model is using i5 10400 and the bottom i7 10700K.

The easiest path is to use Dell’s own cooler shipped with the K series CPUs. You can find these on eBay or source one directly from Dell, just calling them. The second option is to use an aftermarket cooler like Vetro V5 or Noctua NH-D9L.  These two models require some extra work to install which by itself is not a difficult process.

There are posts on Reddit and Dell forum that will help you with the task. Some of them are Dell G5 related, but since G5 and XPS 8940 are quite similar, these ideas will also apply for the XPS. Check them out for more info:

Does XPS 8940 have a good power supply for gaming?

Despite the fact that XPS 8940 has a 80+ Platinum rated PSU, this is where the system lacks the most. The stock PSU is a 500W non standard model with a proprietary motherboard connector. It is almost impossible to swap for an aftermarket solution.

In addition, XPS 8940 models shipped with GTX 1600 family graphics cards use 360W power supply.  This is not enough for if you want to upgrade to RTX 3000 GPU at some later stage.

The lack of PSU upgradability leads us directly into our next segment.

XPS 8940 is lacking upgradability especially if you want to swap your current GPU for a high-end model like RTX 3080 Ti or RTX 3090. This is because 8940 has a 500 Watt proprietary power supply that’s not easy to change. However, changing the CPU, adding more RAM, and storage is not a problem.

Does Dell XPS 8940 has enough USB ports for gaming peripherals?

The Dell XPS 8940 comes with 10 USB ports in total, enough for any gaming use case, like  additional controllers or external storage. It is nice to see that the model has a USB 3.1 port. This interface is using a 10Gb/s connection and it’s very useful when you transfer big files to external drives.