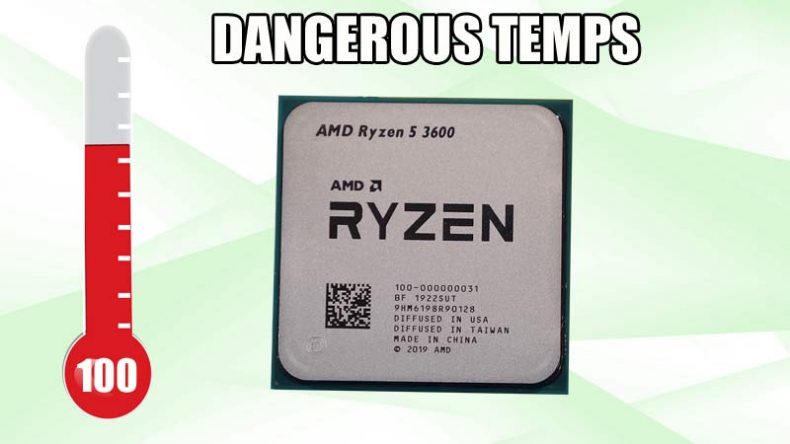 Gaming and heavy workloads will push the CPU temperatures higher. For example, if your computer is running demanding programs simultaneously, it could cause performance issues as the CPU tries to keep up with the temperature.

It is important to know how hot your CPU can get while still being functional. This will allow you to know when there is an issue with your machine, as well as when you need to take preventative measures against overheating.

How to check CPU temp

If you think that your CPU is running hot, there are several methods for checking your core temperature. One of the easiest ways to check your CPU’s temperature is to download HWiNFO64.

HWiNFO64 is a free, lightweight program that monitors CPU temperature and other vital information for both Intel Core i3, i5, i7, i9 and AMD Ryzen 3, 5, 9 processors.

To use HWiNFO64, just install the portable version and run it.

Unlike some other pieces of software out there, HWiNFO64 doesn’t show you a bunch of unnecessary information. All you have to do is look at the “Tdie” rows, which indicates which temperature sensors are in the core of your processor. This is where you want to pay attention because this tells you how hot your CPU is operating.

Another useful software you can use to monitor your CPU temps is the MSi Afterburner. Be sure to install the version 4 of this software to be able to use the temperature feature.

What are normal and high CPU temperature while gaming and working

The first, and most important, thing to know is that every CPU is different. Some CPUs will run hotter than others. The type of processor also makes a difference. The Intel Core i5-9600K runs about 5 degrees hotter than an i7-8700K for instance.

If you’re playing a game and your CPU gets too hot, it can throttle its clock speeds, which can reduce performance or cause stuttering or crashing in games. You’ll want to make sure your CPU isn’t overheating in order to maintain optimal performance while gaming.

The following table shows the safe and dangerous temps for some of the most popular CPUs:

How to reduce CPU temperature of your laptop

There’s a lot you can do to keep your laptop CPU cool.

The most obvious approach is to use a cooling pad. This is the easiest, cheapest and most universal solution. You can find cheap ones on Amazon or eBay. However, cooling pads aren’t always the most effective option. It depends on a number of factors, including the chassis, internal parts, and laptop cooling solution.

Another solution is to cap the framerate of games that are poorly optimized and stress your CPU and GPU heavily. Games like Skyrim, GTA V and Fallout 4 are known for being poorly optimized. You can do this by using Vsync or an FPS limit where possible.

Undervolting the CPU is another option if you know what you’re doing and if your laptop supports it (some don’t). Undervolting means lowering the voltage sent from the motherboard to the processor. This will lower its power consumption, which in turn lowers heat output. The downside is that lowered voltage may affect stability and performance in some cases. This can be done using the Intel XTU program.

Finally, there’s a program called ThrottleStop which allows you to disable the turbo boost of your CPU while gaming. This may reduce the temperature up to 15 degrees and at the same time keep the performance hit to a minimum.

How to reduce CPU temperature of your PC

To extend the life of your computer, you need to find solutions before it happens. The most common cause of poor performance and high CPU temperature is outdated hardware and dust in the chassis.

You can solve this problem with just a vacuum cleaner, but if the problem is more serious – install better cooling. Tower coolers or water cooling are perfect  solutions.

Make sure your computer case is big enough and has proper air flow. You can add more fans or replace your old fans with new ones to maximize the air flow. For example use two fans at the front for intake and one at the back for exhaust.

Change the thermal paste – it fills any gaps between the CPU and the heatsink to maximize heat transfer.

Another factor to consider is the room temperature. The room temps can fluctuate daily or even hourly, depending on where you live and the time of year. You should factor in this variability when you’re assessing your CPU temperature.