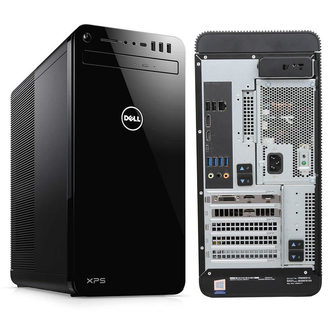 The Dell XPS 8930 is a pre-built home and gaming desktop computer first released in 2017. Although more than five years old, it is still a viable solution for home, office, and when properly upgraded – gaming. The motherboard is using the Z370 chipset and supports 8th gen Intel Core processor, 64GB of DIMM DDR4-2666/2933 memory, and dedicated graphics card.

Dell XPS 8930 is a Mini Tower form factor computer. The Mini Tower is the largest chassis in the business class desktops segment. If you are looking for a system with maximum upgradability, Dell XPS 8930 is a good option. Models in this category usually have 4x PCIe slots, several drive bays and better cooling.

Yes, Dell XPS 8930 is compatible with Windows 11. According to Windows 11 specification, all models that have Intel 8th Gen processors (or newer) with TPM 2.0 support and a UEFI BIOS with Secure boot, are eligible to upgrade form Windows 10 to Windows 11 through Windows Update.

The Dell XPS 8930 supports Gen8 Intel Core technology. Intel introduced their new 8th generation CPUs in 2017. Those processors are built using the second version of Intel's 14 nm manufacturing process. The 8gen marks a change in the number of cores for desktop processors. Mainstream i7 desktop CPUs feature 6 cores (12 threads), while i5 CPUs feature 6 cores (6 threads). The i3 CPUs are paired with 4 cores (4 threads).

Dell XPS 8930 has four RAM slots and supports dual channel memory configuration. This is sufficient for almost any use case and especially in situations where the workload calls for more RAM.

Faster RAM speeds permit your processor to access the data stored inside the memory faster. This is important for the overall speed of your system. The motherboard of the Dell XPS 8930 supports RAM speeds of up to 2666 MT/s.

The Dell XPS 8930 comes with ten USB ports in total. Having more USB ports is always better, but also pay attention to the version of those USB ports. Higher version ports support faster transfer speeds. It is nice to see that the model has a USB 3.1 port. This interface is using 10Gb/s connection and it's very useful when you transfer big files to external drives.

The DisplayPort (DP) is the most widely used digital interface for transmitting digital video and audio between display devices and PCs. It is good to see that the Dell XPS 8930 is featuring a DisplayPort 1.4. The post version is important if you target higher resolutions with high refresh rate. Although, ver. 1.2 is completely fine for most users, if possible, aim for the higher versions DisplayPort.

The HDMI port is another digital video port you can use to connect external display. It has very similar capabilities to the DisplayPort with few exceptions. Dell XPS 8930 comes with one HDMI 1.2 port(s) on the motherboard. In case your monitor supports another interface, you can always use an adapter.

The SATA port is one of the places where you can connect a stora gedevice. The Dell XPS 8930 comes with three SATA port(s). Not enough SATA ports might limit your options for additional storage devices. Think about your use case and decide if the SATA ports provided by this model will be sufficient.

Dell XPS 8930 has also one M.2 socket(s) that supports both PCIe NVMe (PCIe 3.0 x4) and SATA M.2 drives with speed of up to 3 GB/s. This configuration works very well for both gaming and work related tasks.

The Dell XPS 8930 comes with a 460 Watt PSU. Having a power supply with high power rating is important, especially if you are doing upgrade with addtional components, like dedicated GPU and more HDDs. Will this 460 W be enough, it all depends on your specific use. Please keep in mind that some models might have more than one PSU option. Whenever possible get the most powerful one, as it might make future upgrades easier. 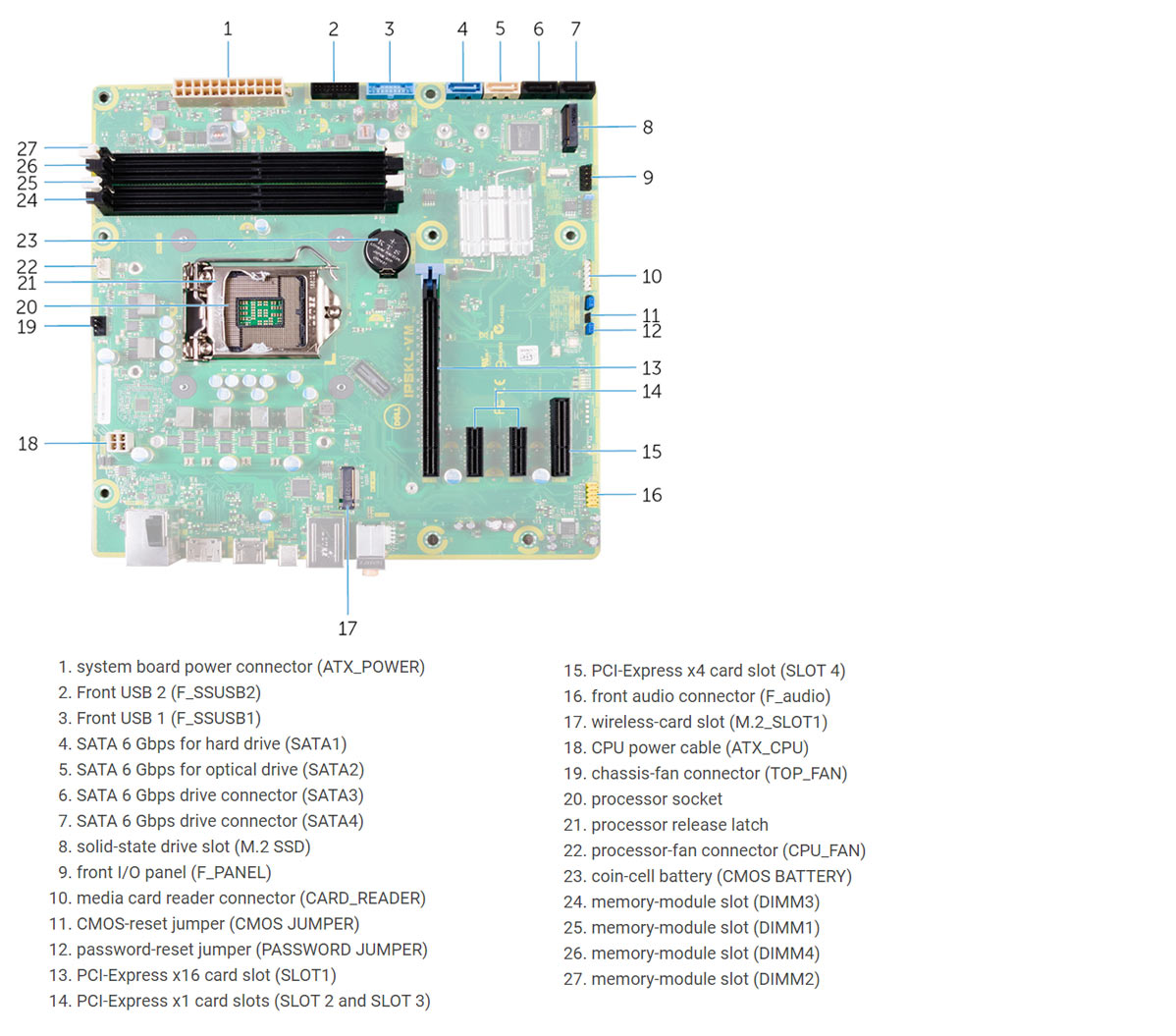