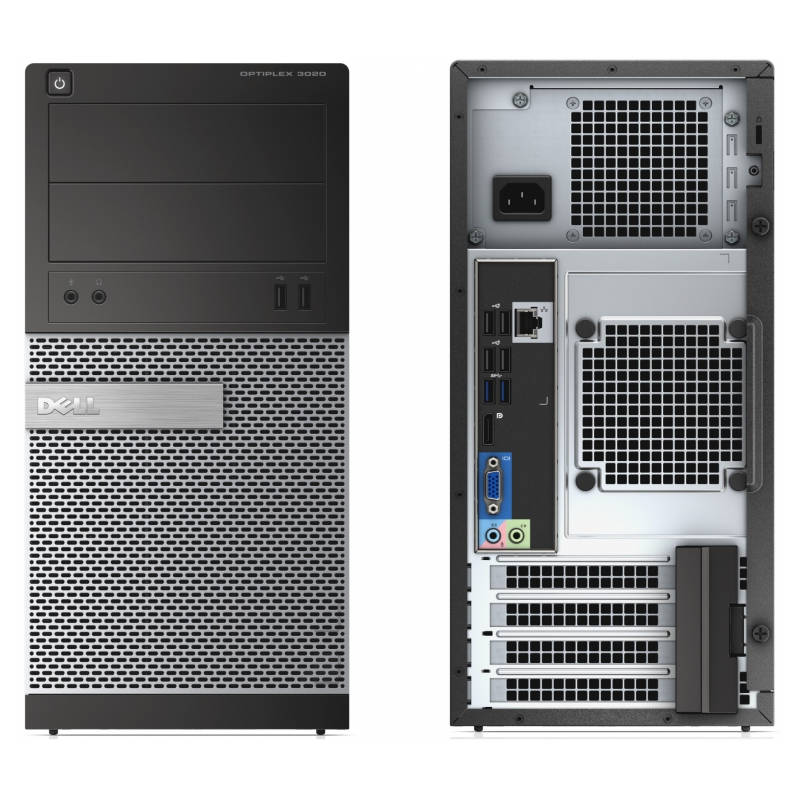 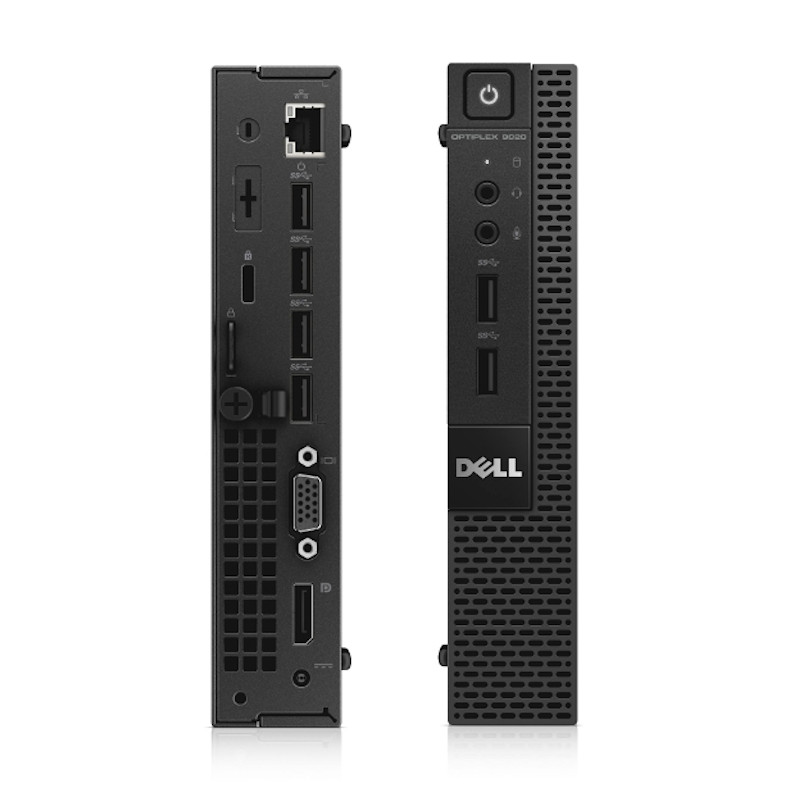 In total the Dell OptiPlex 3020 MT has 8 USB ports. The Dell OptiPlex 9020M is inferior in this regard and packs 6 USB ports. None of the desktop models has a USB 3.1 port (10Gb/s), so if you need a fast connection to your peripherals you will need to look at other models.

SATA port is where you connect your HDD, SSD and Optical Disk Drives. More SATA slots will allow you to have more drives running at the same time. In this regard the Dell OptiPlex 3020 MT is better equipped as it comes with 3 SATA slot(s).

If you want the fastest transfer speeds for your SSD, an M.2 interface is crucial. Thus, if the M.2 SSD slot is a mandatory requirement for you, go with the Dell OptiPlex 9020M. Sadly, the Dell OptiPlex 3020 MT has no such slot, and you will be forced to use the SATA interface instead.

Having a Power Supply Unit with high power rating is important if you are going to use components which require extra power. The Dell OptiPlex 9020M comes with a decent 65 Watt PSU, but the Dell OptiPlex 3020 MT has a more powerful one rated at 290 Watts. Choosing either one depends on your specific requirements and use case. Also don't forget that some models might have more than one PSU option - try to always get the most powerful one. 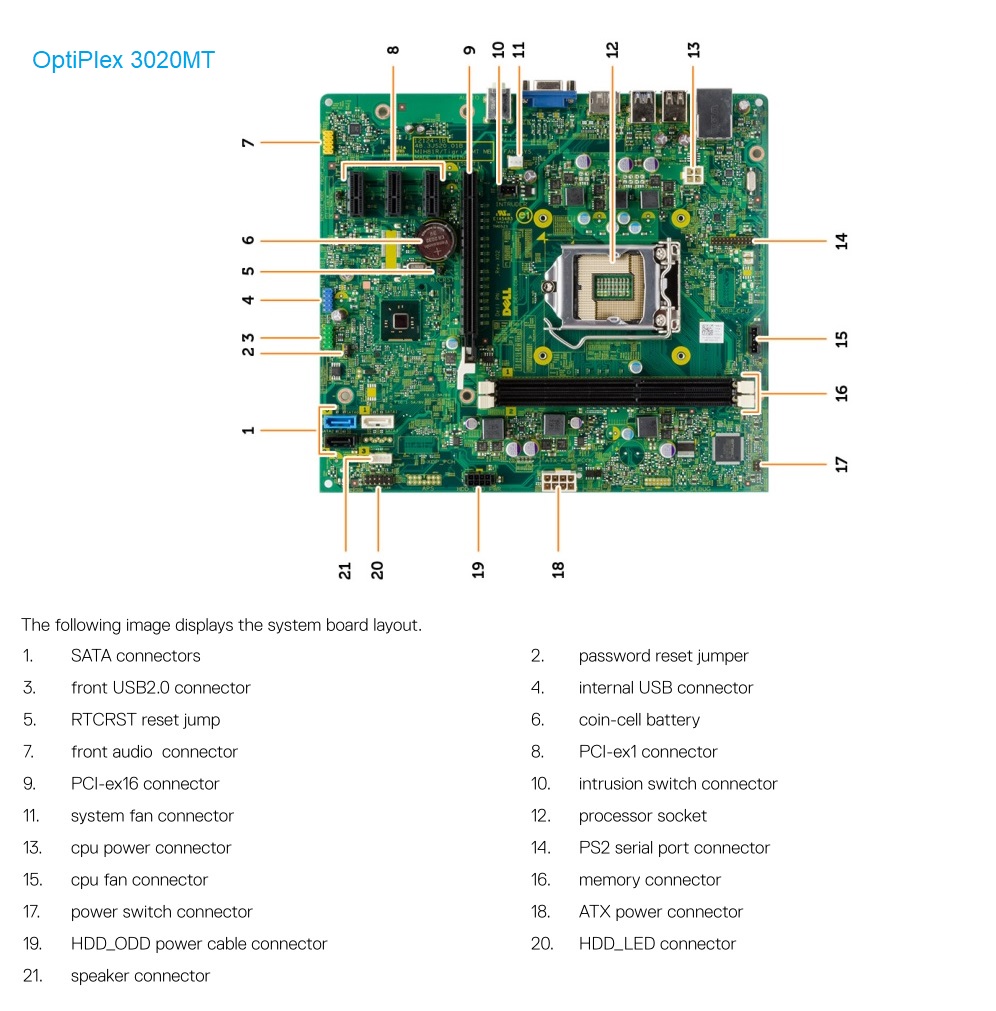 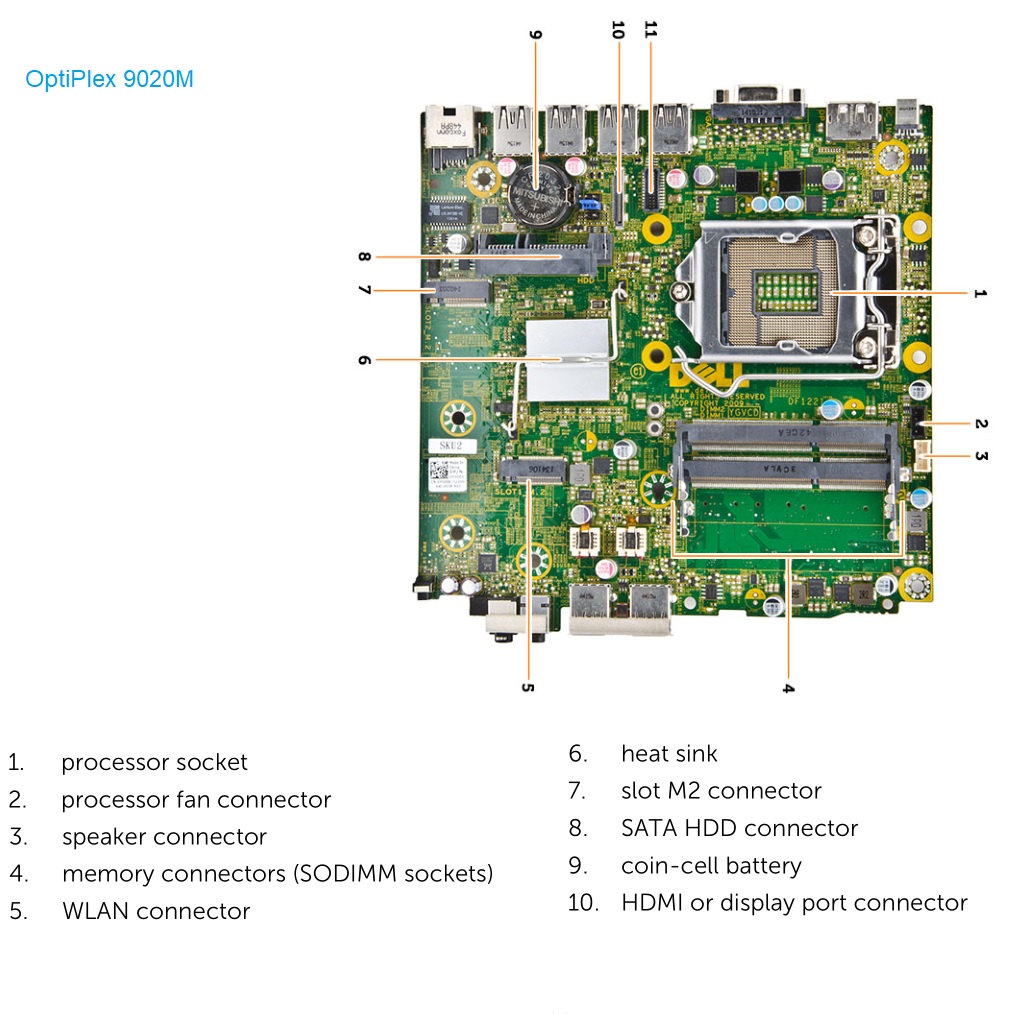