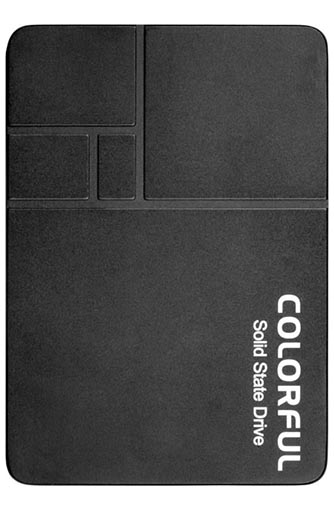 Colorful SL500 is an Entry-Level SATA SSD produced and sold by Colorful. The device comes with SATA/AHCI interface and 2.5" form factor - a good fit for both desktop and laptop computers. This SSD has a maximum sequential read-write speed of up to 500+/400+ MB per second, making it ideal for gaming and workstation PCs.

Due to its lack of DRAM memory, Colorful SL500 has slight disadvantages over SSDs with DRAM memory. This SSD is using a TLC NAND flash memory with 32 cell layers.

Colorful SL500 is using a TLC (3 bits per cell) NAND manufacurted by Intel with 32 cell layers on top of each other.

Typically, SSD controllers are microprocessors. In this case we have Single-core, 4-ch, 4-CE/ch processor responsible for controlling the SSD in such way, so that the data coming from the interface can be stored on to the NAND flash memory.

Colorful SL500 has no separate DRAM chip to store the SD mapping tables to speeds up the data access.

There is no HMB architecture available on the Colorful SL500 to store the mapping tables. The device either doesn't support the architecture or uses DRAM cache.